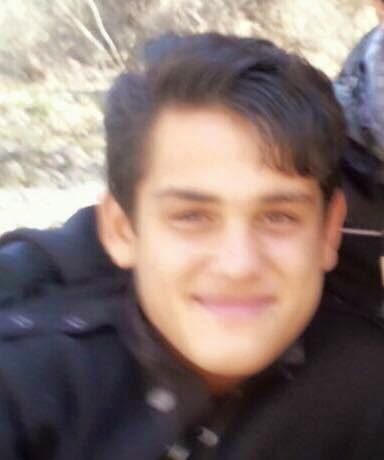 According to sources he appeared before revolutionary court branch in Ahwaz yesterday. Sajjad, who speaks “broken Farsi”, has had no access to lawyer and interpreter.
Sajjad Boudhar (Sajjad Bou’zar) and hundreds of other Ahwazi Arabs  were arrested by Irainain security forces On 17 March 2015 after football match between, a Saudi team Al Hilal and local Fould Ahwazi, turned into a massive protest after Arab youth in traditional Arabic dress (Dishdasha) displayed a banner in Arabic which read “We are all Younes”, and chanted against the authorities for neglecting Younes and his family. Security forces arrested more than 1,000 Ahwaz Arab protesters. A police spokesman later told the media that detainees were released after signing a pledge but declined to specify the contents of the pledges.

Iranian security force have since last month arrested and detained many Ahwazi Arabs including at least four 14-16-year- old minors. Even teachers, poets and preachers have not survived persecution.